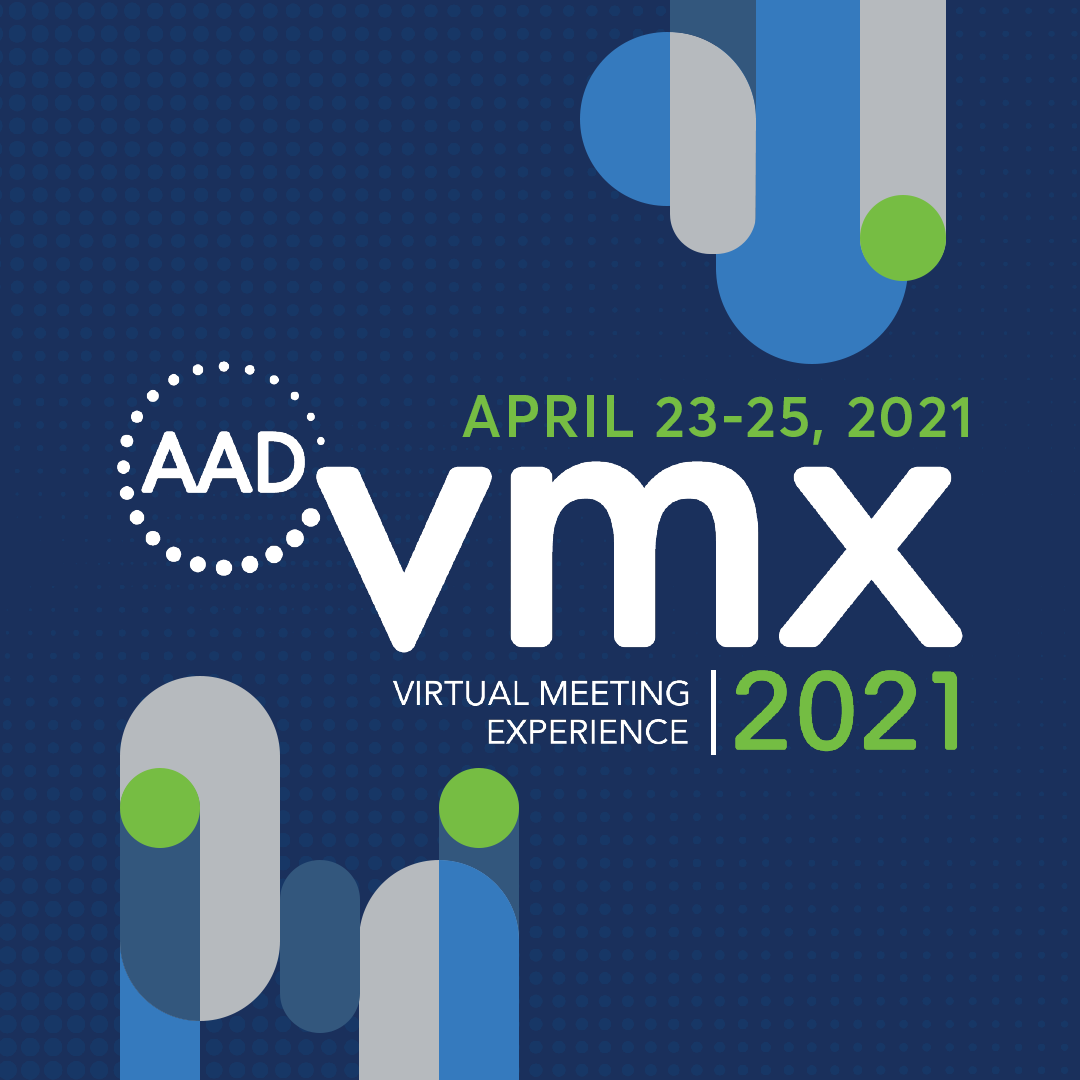 Did you know that physical activity and deep breathing are two of the best ways to battle burnout? Take a wellness break to relax and re-energize during AAD VMX21. Here you can access four personal wellness videos that focus on you. These sessions include a guided meditation, stretching break, yoga session and a nutrition segment to help you refresh during the meeting.

Don’t have time to recharge during the meeting week? These sessions are available on-demand until July 12, 2021. 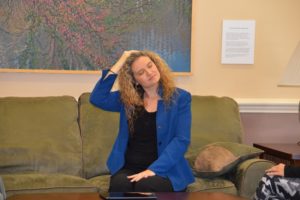 Kristine is a wellness advocate, yoga instructor and business owner, with a passion for stress management through living a holistic lifestyle. Naturally gifted in hospitality, she absolutely loves to share her passion with others with life changing practices to help live life to the fullest!    Sitting is the new standing, what can we do to counter the sitting slump?! She offers chair stretching, meditation & mindfulness sessions, as well as yoga  to corporations, meetings, events and conferences.

“A life is not important except in the impact that is has on other lives.”  Jackie Robinson.

Kristine can be found:   www.kristineiverson.com 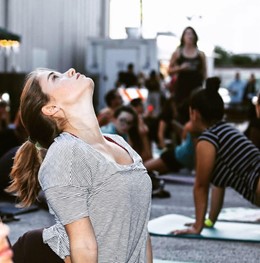 Madi has been practicing yoga for over ten years and began teaching in 2014. Madi is an Experienced Registered Yoga Teacher through the Yoga Alliance, with additional training in Kids Yoga, Ashtanga assists, Pilates, and barre fitness. She had the privilege of learning from prominent instructors; Kathryn Budig, Tiffany Cruikshank, Dice Iida- Klein, Briohny Smyth, and more! She enjoys crafting creative flows based on fundamental and intentional movement patterns. When Madi isn’t on the mat you can find her running, at the beach, or both! 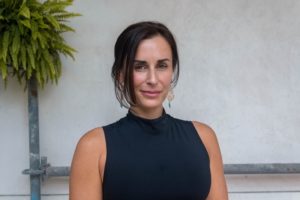 Samantha grew up outside of Philadelphia and later traveled to Winter Park Florida, where she began her college career and continued to pursue tennis at collegiate level. Her body was pretty burnt out from years of competitive training, as well as her mind. She was also suffering some family health issues which led her to reevaluate her own personal health. So she began taking a deeper look into what she ate, how her energy was and then turned to nutrition.    After years of smoothies to paleo to vegan and plyometrics, weights to stretching, Sam decided to take everything she had learned in tennis training and young adulthood and put it to use. Sam became certified with the National Personal Training Institute for Nutrition and Personal Training, while becoming a 300 hour registered yoga instructor.  She helped people live a healthier lifestyle without diets! Finding out what your body needs physically and mentally go hand in hand. Sam is here to help boost your energy from the inside out! 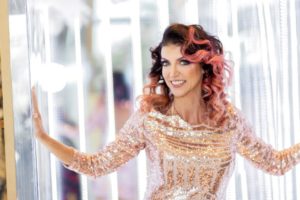 Gina Bernardini was born and raised in Daytona Beach, Florida. Growing up in the dawn of MTV and seeing free concerts on the beach inspired her love of music and the spotlight.  In 1999 she earned a Master of Fine Art from the Pratt Institute in NYC and has lived and worked as an artist in New Orleans, Miami and Los Angeles. Today she owns a funky yoga studio in downtown Orlando where you will find her supporting the health and well being of Orlando’s community. 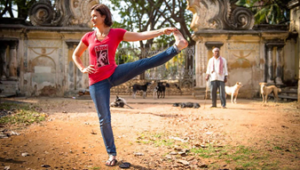 Maureen’s yoga journey began in 1999 and 5 years later she became certified to teach yoga, leading a mix level Vinyasa class at a local gym. Her classes were so popular the windows would steam up from the heat created by her students, and the energy was palpable.

Maureen sought a deeper level of yoga and meditation and  wanted to learn from where it originated. She lived in Asia for a year before making her way to the small town of Mysore, India (2007) where she studied the Ashtanga Yoga method. A traditional Vinyasa form of yoga that connects one’s breath with deep and challenging yoga movements, also known as “asanas”.

Maureen is a Yoga Alliance Certified E-RYT & has teaches yoga the way it was taught to her. Engaging students of all health and fitness levels she assesses their potential and meets them at their level to inspire what their body and mind can achieve. As a teacher, Maureen blends a traditional practice with a modern day approach by helping her students feel good about themselves wherever they may be on their path of life.